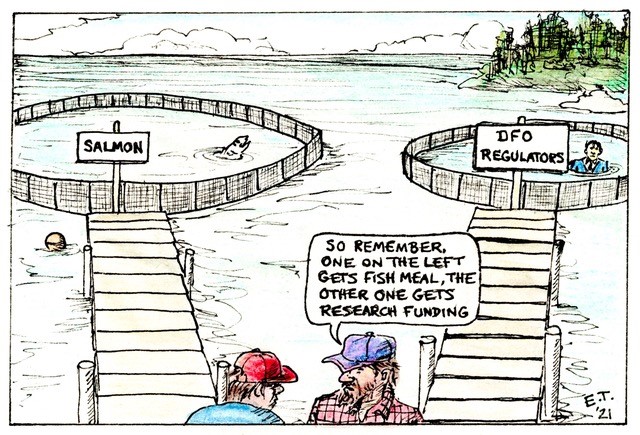 It’s painful, but instructive, to take a look back over the last two decades to see how Canada’s political and regulatory systems responded (or failed utterly to respond) to the growing public concern over wild salmon and the damage that factory fish farms are doing to them.

The picture that’s painted is pretty clear: our elected politicians got it twenty years ago and the people we look to for checks on good government, the auditors, got it too. Yet somehow, the Department of Fisheries and Oceans (DFO) managed to duck and weave its way through all the criticism and keep the industry right where it never should have been—right up until now, when Pacific salmon are hovering on the brink of extinction. Finally, we’re seeing some action.

But look back at how much was already known or suspected twenty years ago, that DFO still can’t answer for today:

In December, 2000, the Auditor General of Canada concluded that DFO was not meeting its duty to protect and conserve wild fish. The report pointed to failure to monitor the effect of salmon farms on wild salmon and their habitat, to study the risk of disease transfer and escaped farmed salmon or to plan for risk management in the face of expected industry growth.

In 2001, a Senate Standing Committee on Fisheries report recommended, among many other things, that salmon farms should not be sited on migratory routes or near wild salmon streams; and that DFO should place a high priority on research to ensure that the industry was not compromising wild fish or their habitat. The Committee specifically recommended research into the potential for disease and parasite transfer between wild and farmed fish; and into the cumulative effects of salmon farms on the ecology of B.C.’s coastal waters.

Also in 2001, the Leggatt Inquiry into Salmon Farming in British Columbia recommended that all open netpen salmon farming in B.C. should cease by 2005 and that responsibility for the promotion of salmon farming be immediately removed from DFO.

Those recommendations and more would be repeated over and over again by political institutions and scientific advisors to government over a span of twenty years: 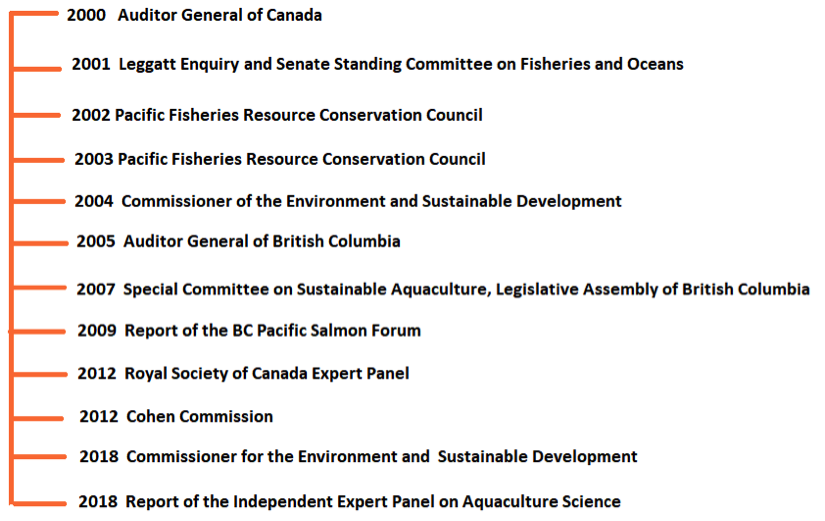 Fast-forwarding to 2021 for a progress report on all of those recommendations:

During the twenty years that DFO failed to respond to the recommendations of auditors, science advisors and politicians, wild salmon suffered. This graph shows what happened to Fraser River sockeye--just one of the six species of salmonids that have been hammered by these farms since the 1990’s. Bear in mind that, by 2001, Fraser River sockeye were already five years into what would become a steady and precipitous decline from historic highs of 40 million returning fish in the dominant year of their four-year cycle. 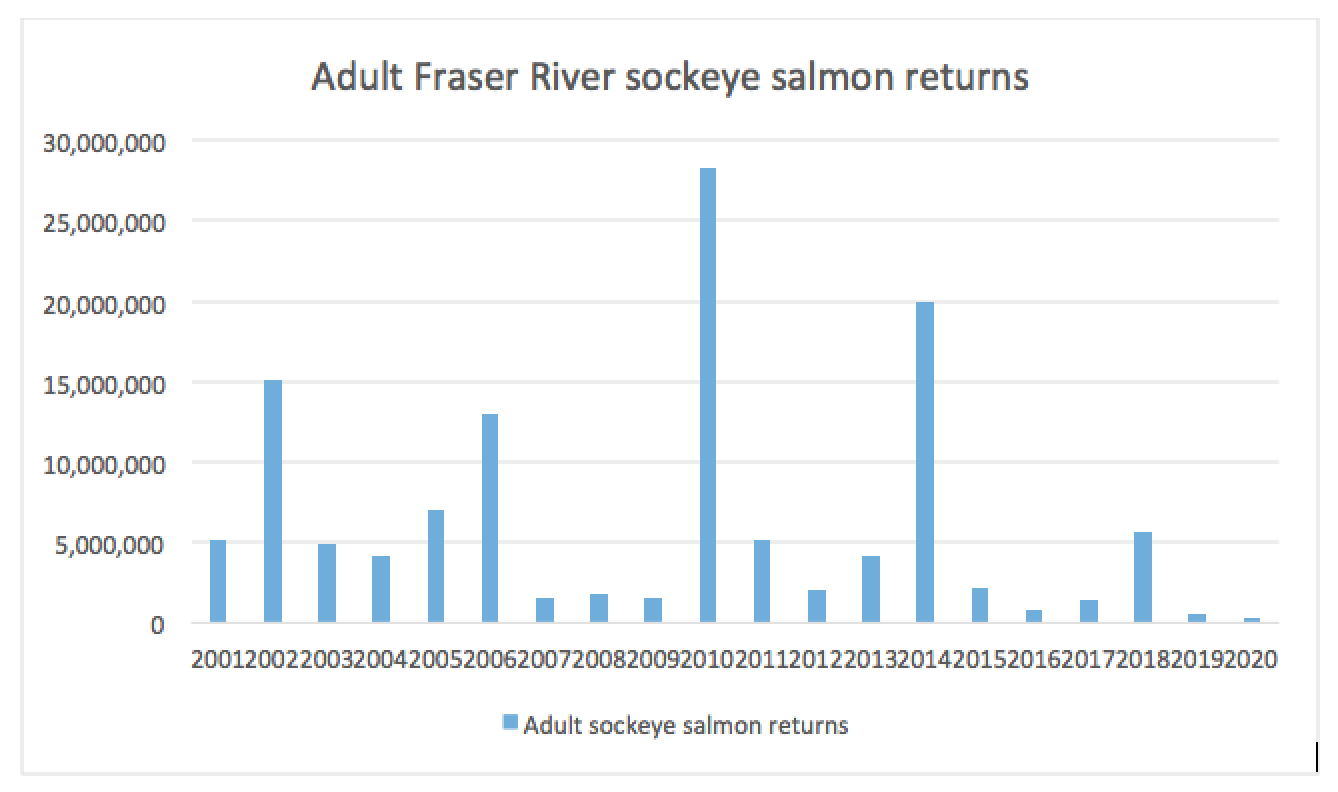 Today’s returns of wild salmon are so low that Nations throughout the Fraser watershed and all along our south and central coast are unable to obtain even their food fishery allocations. Commercial fishers have seen no openings for sockeye for two years and 2014 was about the last time it was worthwhile putting fuel in the boat.

Sure, other factors besides salmon farms have contributed to the decline of wild Pacific salmon and we need to stop trashing and polluting their habitat. But the factory farms in the Discovery Islands posed an immediate threat that could be solved: migrating young salmon had to pass through that bottleneck of farms spewing lice and viruses every year they went to sea. Last year, we know that 99 percent of them came out the other end carrying so many lice that they would likely die.

Starting in late April, early May, sockeye smolts are going to be swimming through the Discovery Islands again. The parent generation of those smolts was down to just 1 percent of its historic high level, so it is critical to the survival of Fraser sockeye that as many of them as possible survive—i.e., that the Discovery Islands farms should close. And today, nearly all of them are empty of fish; and the rest will be before the smolts arrive.

Taken in this context, the decision of Fisheries Minister Jordan to close Discovery Island salmon farms was not rushed or ill-considered, as salmon farming advocates claim. It was about two decades overdue, owing to her Department being locked into promotion of the industry and willfully blind to its consequences for wild salmon.

Help us support Minister Jordan to continue to transition salmon farms out of B.C. waters.  Sign the Declaration in Defence of Wild Salmon today!